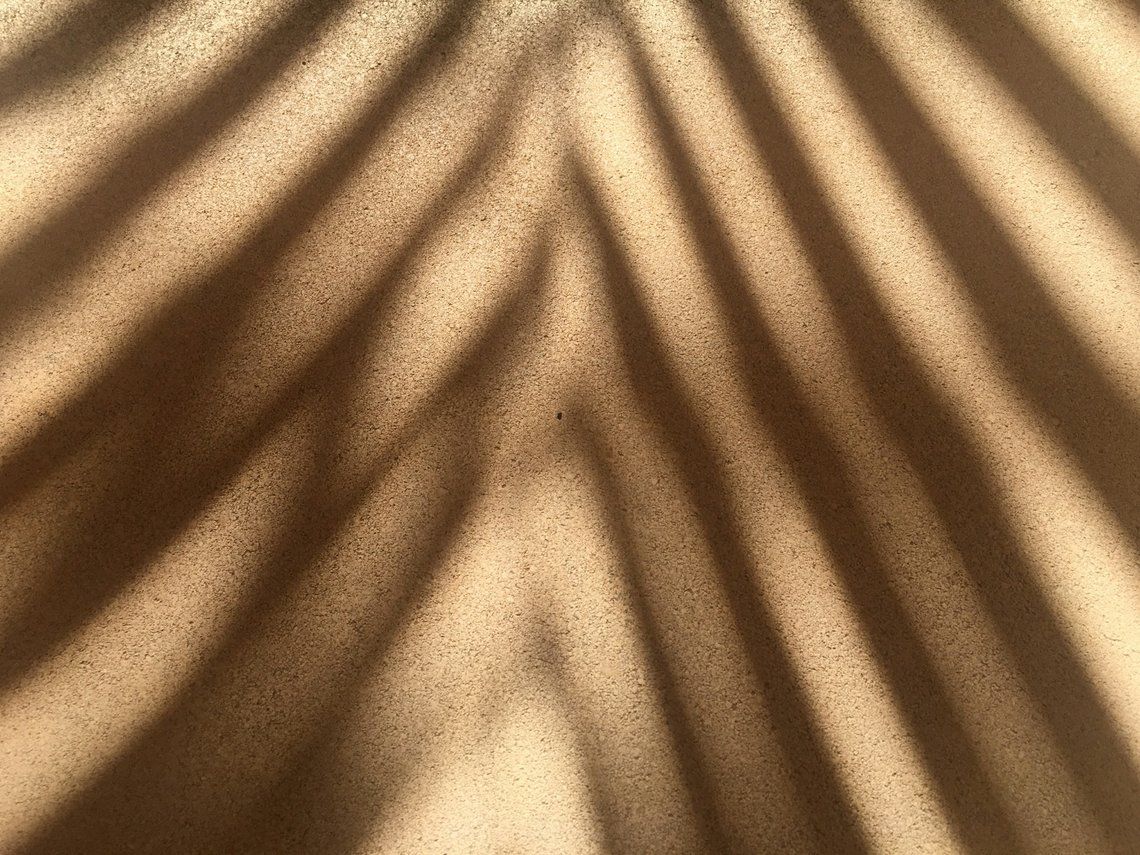 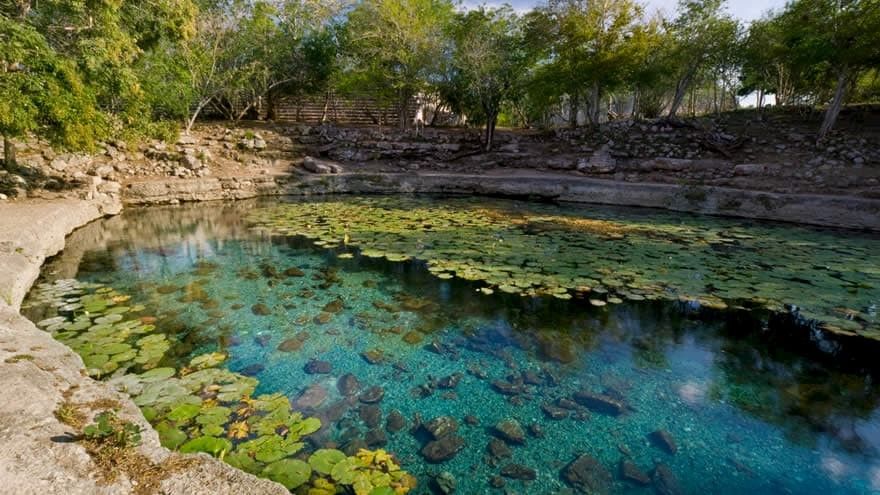 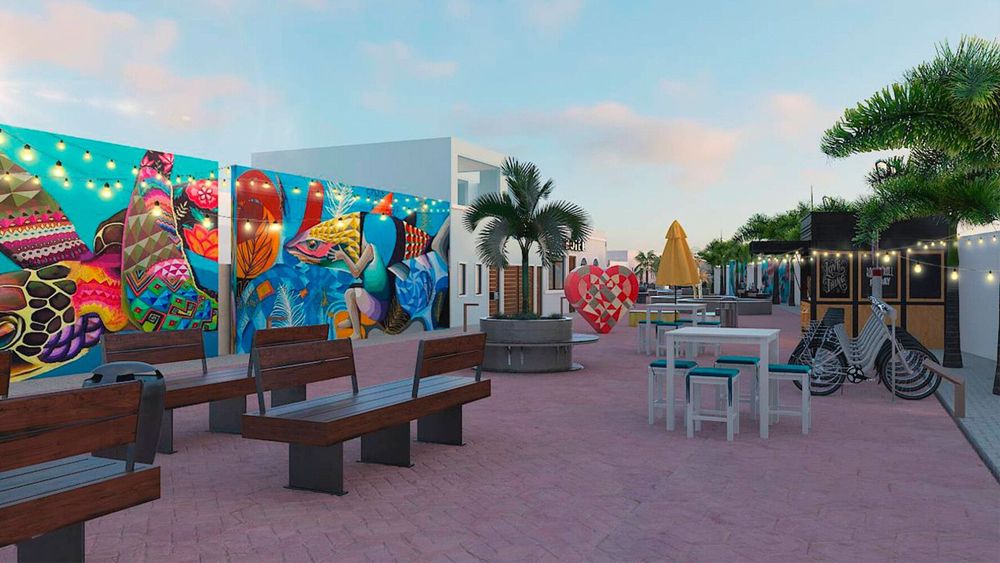 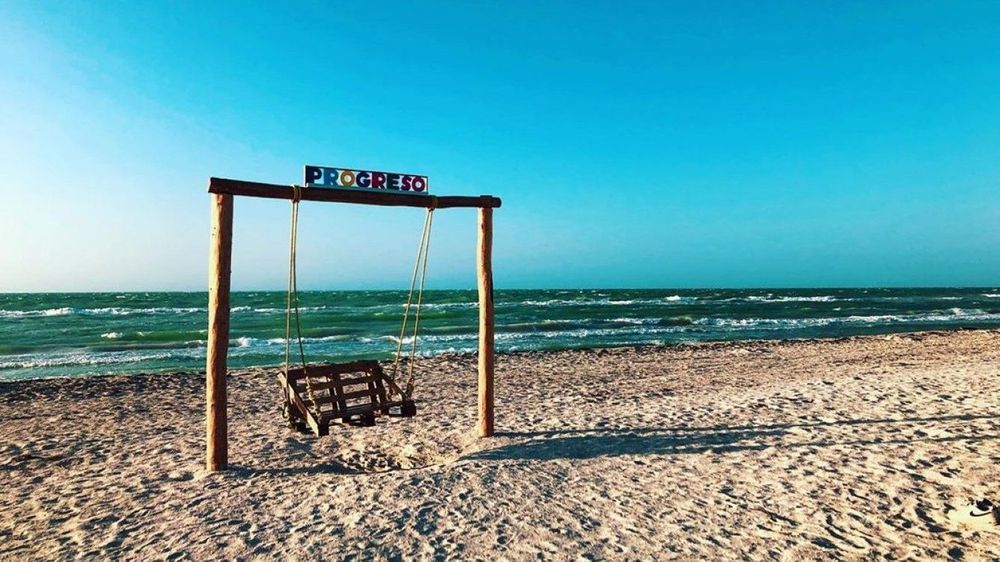 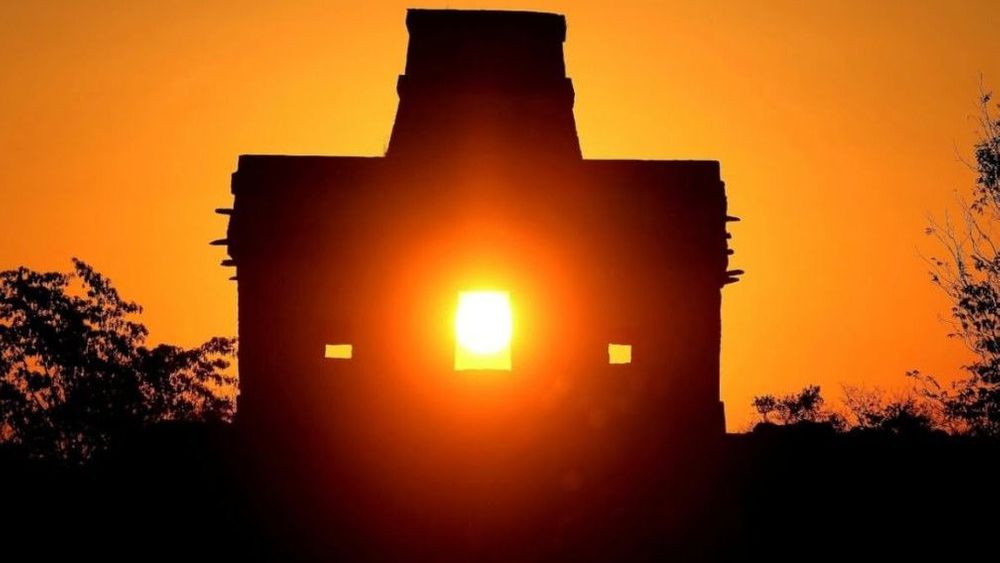 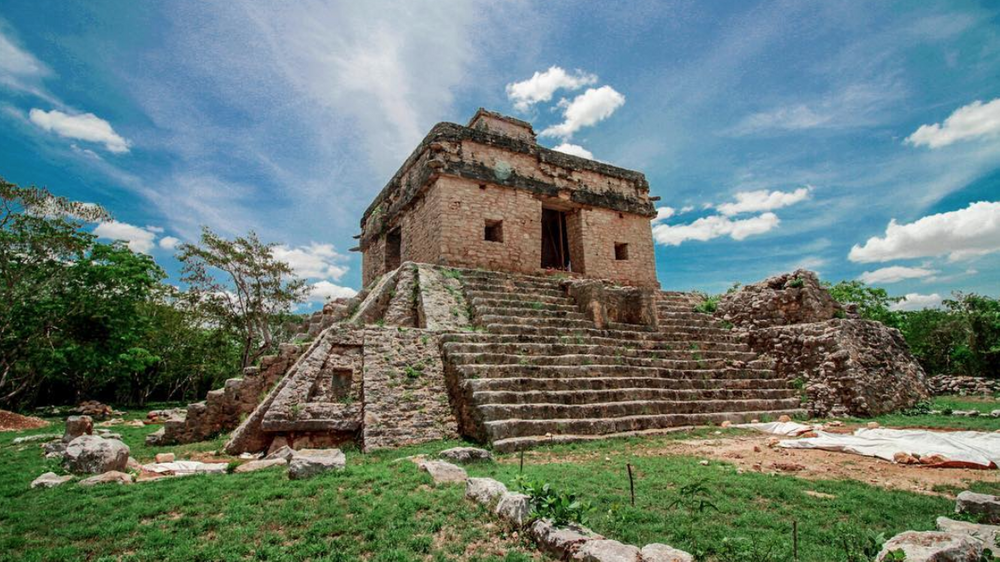 Dzibilchaltún means in the Mayan language Place where there is writing on the stones, alluding to the numerous commemorative tombstones found at the site, also called stelae. According to experts, there were settlements from the year 500 BC, it is possible that, from before, and lasted until the conquest of the Spanish around the year 1540 AD The archaeo-astronomical phenomenon of the equinox occurs in Dzibilchaltún, on March 21 and 21 September, at dawn, when the door of the Temple of the Seven Dolls is illuminated with the radiance of the Sun that appears on the horizon and, at a certain moment, the celestial disk is in the center of the door and creates a show of light and shadow on the west facade. These days, you can see the incredible precision of Mayan astronomy integrated into its architecture. The Mayans used the sun as a basis for planning their lives because they depended on agriculture. With the spring equinox they began the sowing and with the autumn equinox the harvest.

(This tour does not include the entrance to the archaeological zone and the corchito park, please check the prices with the reception staff).

All tours include private transportation with driver, snacks and bottles of water on the way to the tourist attractions. The visiting time is governed according to the stipulated schedule of the attractions. It is recommended that the guest decide the time of departure and return.

The tours do not include guide and drinks.

Nice room, comfy beds but the bathroom is too dark. The sink is too high. Good luck for short people 🤦🏼‍♀️

Inspired hotel for those looking for a contemporary and modern design without escaping from the colonial essence of the city, providing an entirely personalized service with spaces that encourage rest and relaxation but at the same time designed to provide the guest with the necessary technology to connect with the world. of bussiness. Located in Mérida, 800 meters from Mérida Cathedral, Ontico Urban Design Hotel provides accommodation with a restaurant, free private parking, a bar and a shared lounge. The hotel has a garden and is close to several well-known attractions, less than 1 km from the main square, a 12-minute walk from Montejo Avenue and 500 meters from La Mejorada Park. The accommodation has a 24-hour reception, airport shuttle service, room service and free WiFi throughout the property. The rooms are equipped with air conditioning, a flat-screen satellite TV, a kettle, a shower, a hairdryer and a desk. The hotel rooms have a wardrobe and a private bathroom. Ontico Urban Design Hotel serves a continental breakfast. The establishment has meeting and banquet rooms, business center, fax and photocopier. Mérida Bus Station is 2.9 km from the accommodation, while Siglo XXI Convention Center is 8 km away. The nearest airport is Manuel Crescencio Rejón International Airport, 6 km from Ontico Urban Design Hotel.